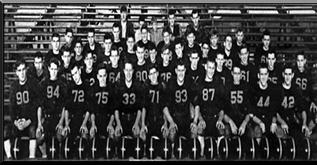 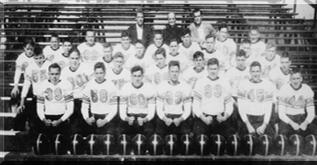 Valley Parochial League champion as well as the Class C

The Bulldogs raced to 27 consecutive victories over the

three-year span. The 1947 team was picked as statistically

the best team of all four classes that season in Michigan.

outscored their opponents 646 to 93 using their famed

13 touchdowns on their first play from scrimmage in

winning streak. In that same year they beat Flint

St. Michaels for that team’s only loss of the year. 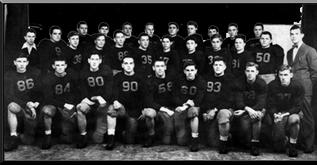