Eugene “Gene” Seals was a standout athlete at Saginaw High School. He lettered one year in cross country and two in track and field, but it was on the basketball court where he excelled, playing four years on the varsity squad for the Trojans. The 6-foot-6 forward averaged 8 points, 8 rebounds, 3 assists and 3 blocked shots per game as a freshman. Seals elevated his game during his sophomore season when he averaged 15 points, 7 rebounds, 5 assists and 3 blocks per contest. As a junior, he tallied 17 points, 12 rebounds, 6 assists and 4 blocks per game. Seals averaged 16.5 points, 12.2 rebounds and 5 assists per game his senior year, helping lead the Trojans to a 24-3 record and a trip to the Class A semifinals. For his efforts, he was named the Saginaw Valley League’s Most Valuable Player. Along with his All-SVL honors, he earned All-Area and All-State accolades and was named honorable mention All-American by USA Today. Seals played in the Basketball Coaches Association of Michigan All-Star Game along with the Wendy’s All-America Classic. He was in contention for the 2000 Mr. Basketball award before finishing second to Lansing Waverly’s Marcus Taylor. Seals was ranked 47th in the country as well as being ranked 36th at the Nike All-America Camp. He received a full-ride scholarship to the University of Miami (Ohio) where he played four years for former Saginaw High coach Charles Coles. Seals was a standout early on as he played in all but one of Miami’s 33 games as a freshman, averaging 4 points, 2.5 rebounds, 2 blocks and 1 assist per game. He was named Miami’s Richard Shrider Defensive Player of the Year as a sophomore while averaging 8 points, 4 rebounds, 3 assists and 3 blocks per contest and earning a starting role midway through the season. Seals, who played all five positions for the Red Hawks, was slowed by injuries his junior year, but still manage to average 8 points, 3 rebounds, 3 blocks and 2 assists per game. He was awarded the team’s Holdie Wilson Award, awarded annually to the player who exemplified team spirit. He was named co-captain in both his junior and senior year. As a senior Seals averaged 9 points, 6 rebounds, 4 assists and 3 blocks per game. He is currently sixth on Miami’s all-time list for blocked shots in a career. While at Miami he earned a double major and double minor, majoring in health and in sports organization. He minored in communications and kinesiology. In 2004 he played in the NBA Summer League and then played professionally in Spain, Macedonia, Columbia and in Mexico. He coached varsity basketball at Bridgeport High School and currently is the Executive Director of Pride Academy 21, a successful sports training program for youth ages 7-18 years. 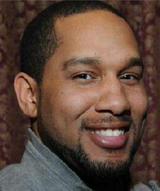