Buena Vista High School’s varsity basketball team won back-to-back state championships in 1992 and 1993. But what makes these two teams so significant is that they were so dominant, they won 55 consecutive basketball games - and a number of those wins were against highly-regarded Class A opponents. The Knights’ streak began December 27, 1991, and ended five games into the 1993-94 season when the Knights lost a four-point game to Wooster High School during a Christmas Tournament in Ohio. After the loss, they reeled off an additional 18 consecutive victories. Along the way BV won two straight Class B state championships. In 1991-92, the Knights toppled Grandville Calvin Christian 54-44, while beating Muskegon Heights 69-52 in 1992-93. Chester Surles, Shedrick Murrell, Terrance Roberson and Ramont Roberts were just a few of the standouts on those Knight teams, who were coached by Mr. Norwaine Reed. 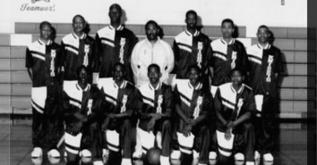 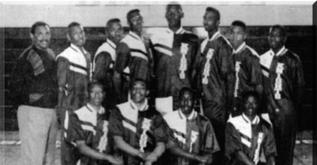